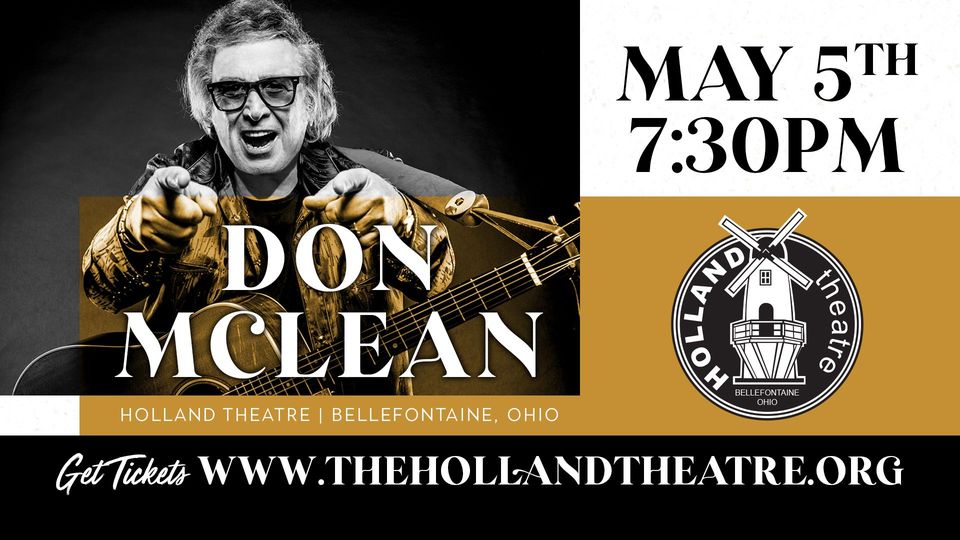 One of the songs that helped define the 20th century, “American Pie” still goes to the heart as soon as McLean strums its opening notes. The singer-songwriter will also perform hits such as “Vincent (Starry Starry Night),” and “And I Love You So” as well as newer compositions.