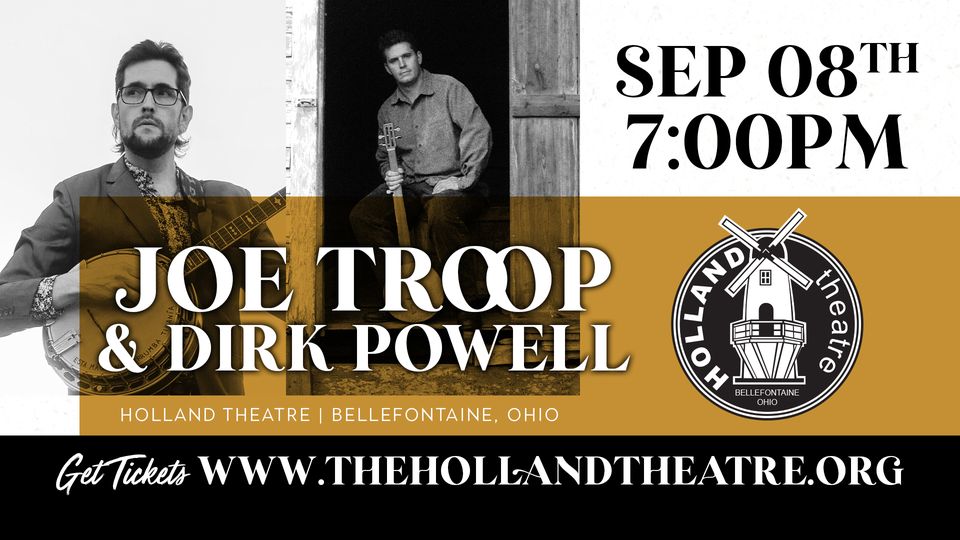 Steeped in the music of their native Appalachia, these musicians both celebrate and enlarge the traditions that shaped them. Joe Troop, appearing as part of a quartet, is a multi-instrumentalist, singer, and songwriter. The founder of Grammy-nominated stringband Che Apalache, Troop brings a musical approach honed by both his upbringing in North Carolina and his international travels, including a decade living in Buenos Aires. Dirk Powell unites traditional fiddle and banjo playing with modern sensibilities, reflecting his more than nine generations of roots in the southern mountains. His music has also been featured in numerous films. He appears at the Holland as part of a hard-driving trio.