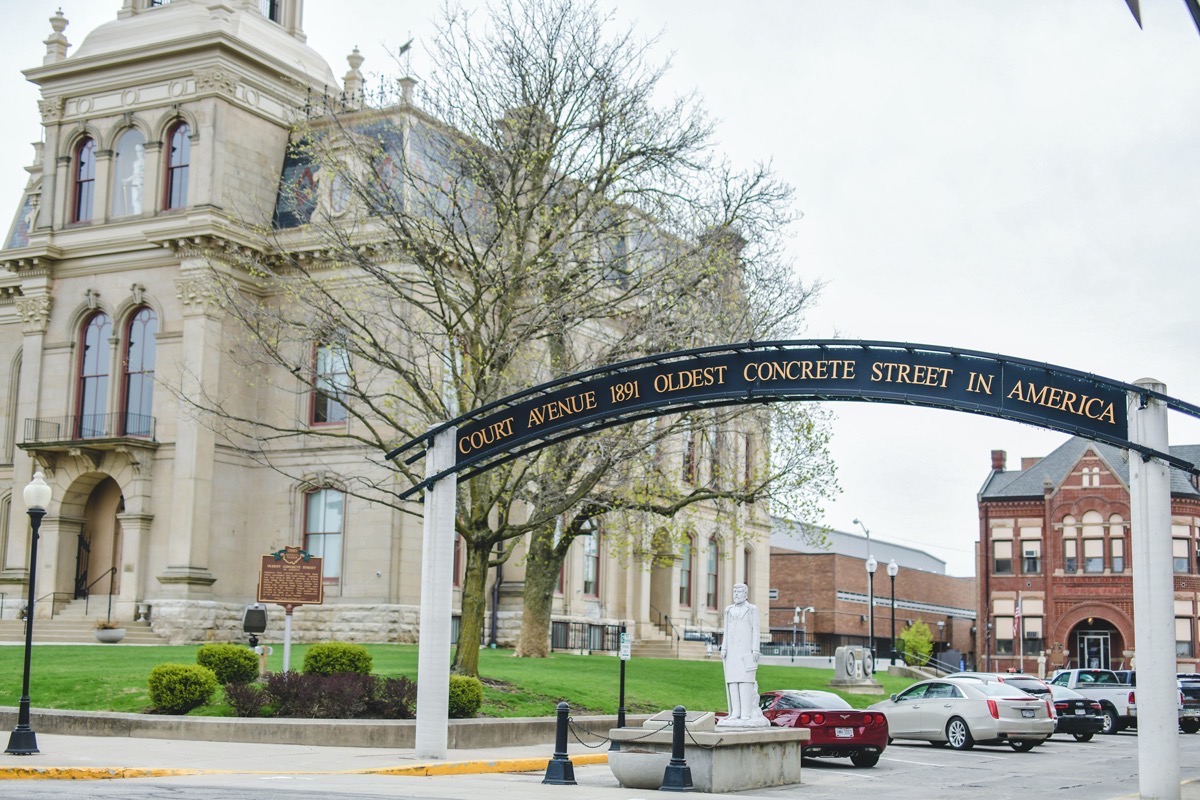 The Grand Opera House’s first performance was on December 23, 1880, featuring a presentation of “The Chimes of Normandy.” The auditorium of the Opera House could seat 956 patrons. Many big-name acts performed at the Grand Opera House, including Buffalo Bill Cody, John Philip Sousa, Harry Houdini, and Jenny Lind, to name a few. The storefronts on both Court Avenue and South Main Street have been filled with many businesses over the last 140 years, including Hutchin’s Dry Cleaners, White’s Music House, and Richelieu Pure Foods.