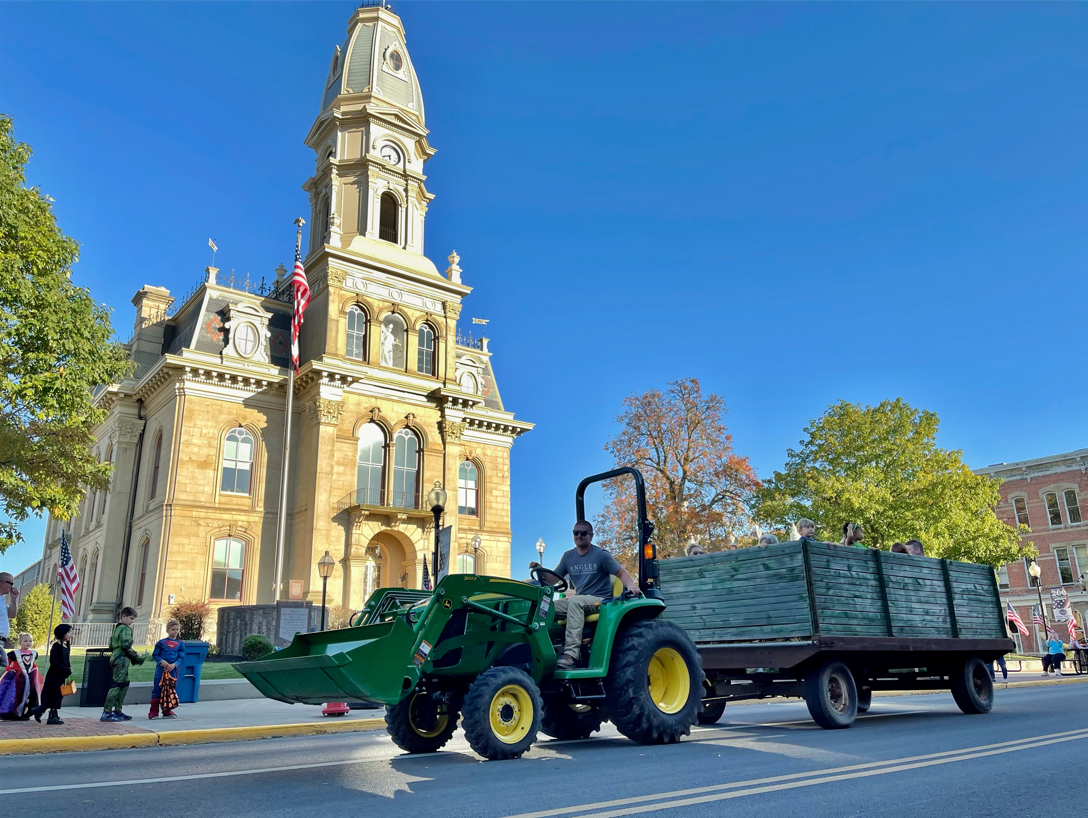 108 S. Main was rebuilt in 1856 after a devastating fire destroyed over two acres of downtown Bellefontaine. For a half-century until 1941, this building housed Wissler’s Dry Goods. Over a year’s time Clarence Wissler built an airplane in the second floor of this building when his parents owned it in the 1910s. Wissler successfully flew the airplane over Main Street in 1922. After the early 1940s, it became Uhlman’s Department Store which remained in business for over 40 years.